The video streaming market is growing exponentially. A society that has grown up on the perception of information through visualization is experiencing a need to create and use video materials for both entertainment and education purposes. At the same time, media content creators have become more demanding when it comes to monetization choices, copyright protection and streaming quality.

Lately, more and more streamers/influencers are leaving services like YouTube and moving to advanced decentralized platforms for making and sharing videos. This approach can really be seen as a step forward in the evolution of video streaming that benefits both content creators and audiences.

What is blockchain-based video streaming, why is it unique, and what are the popular ways to use this technology in 2022? Let us figure it out.

What is blockchain video streaming?

Let’s start with the fact that the blockchain, or “chain of blocks”, is a technology that the world learned about through an electronic money system such as Bitcoin. But the possibilities of this technology are not limited to cryptocurrency, and now the largest corporations and even governments are studying blockchain and areas of its application. Naturally, this technology has not passed by the video-streaming industry as well.

While centralized video streaming platforms use a third-party server, which brings up some of the drawbacks of this method of delivering video content, blockchain provides the opportunity and benefits of a P2P video streaming.

Blockchain helps not only encrypt videos for a penny fee, but also securely store videos using an IPFS swarm while maintaining full control over the decentralized streaming platform.By broadcasting video content offline using various relay nodes and IPFS, the blockchain creates the conditions for absolute transparency and integrity of ownership in a decentralized way.

In short, the process of delivering video content to an audience using blockchain usually looks like this:

Obviously, the benefits of such blockchain technology in the streaming industry affect both video content creators and their viewers.

Since Blockchain technology works as a P2P network, without resorting to the services of a third-party server, the content is at the full disposal of its creators. The curators of the video publish it on their own terms, without adjusting to the requirements of some centralized video host that can block or restrict access to the video if it does not comply with its standards.

The content is encrypted and stored on the blockchain, which makes it very secure and reduces the possibility of falsifying the original data.

Video content creators can prove and protect ownership of their product by converting it to the NFT format. In addition, tokenization makes it easier to trade media products on crypto markets, where authors receive cryptocurrency for their work.

Smart contracts not only help in establishing relationships between content creators and audiences, but also monitor their implementation.

Viewers of your stream are not annoyed by ads in your content as advertisers do not place them on the blockchain. Profit comes from streaming fees for which cryptocurrency is used.

For content curators, the use of blockchain in streaming is a direct access to revenue right on the platform. Viewers can quickly and easily subscribe and pay for a specific video or stream with crypto directly on the platform. 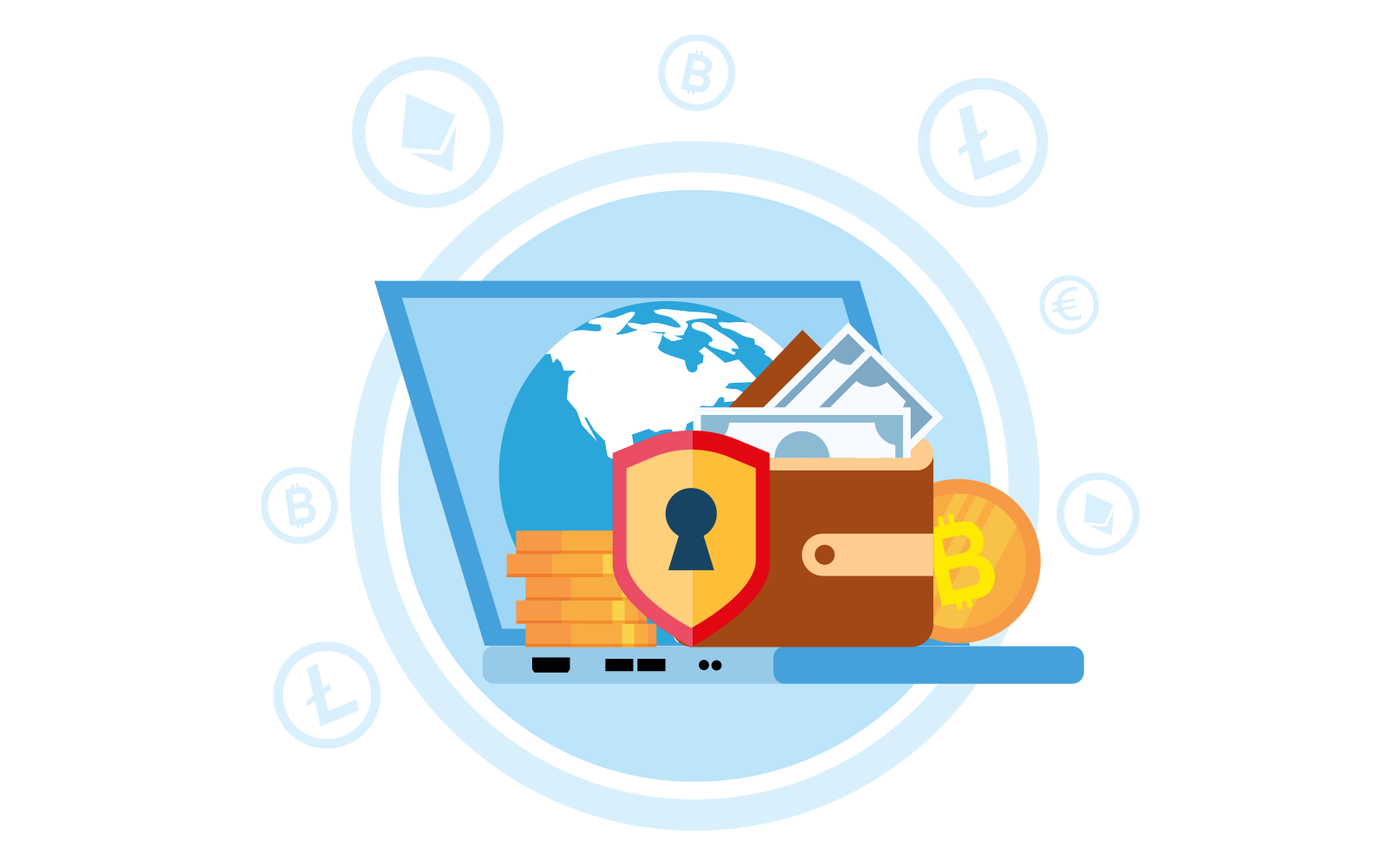 No Single “Point of Failure”

Unlike centralized video streaming, peer-to-peer transmission of media content on a blockchain is not subject to a single point of failure. This was made possible by load balancing among clients, which eliminates scaling issues.

Given the many benefits that come with decentralized video streaming, it is no wonder why many are turning to blockchain-based application development. If you also decide to move to a new level of media content delivery using modern technologies, you will be interested to know what features and functions should be present in streaming solutions in order to be in trend.

The user interface should be thoughtful and intuitive. Therefore, UI/UX designers carefully design every detail of the blockchain-based platform to provide the best user experience.

The interface can be similar to YouTube to make it easier for the user to navigate in a familiar media space. There may be similar sections such as popular videos, new videos, your subscriptions, or featured videos. Also features such as view later, view again or add to favorites are required.

Services like YouTube are often criticized for being too strict in censorship, which limits the creativity of the creators and the information content of the video. On the other hand, media content regulation should be in place to prevent inappropriate content from being shared.

Today, the so-called democratic censorship has become quite a popular solution. Since the power is in the hands of the people, the viewers themselves decide by voting “for” and “against” whether to censor or promote the video.

Newcomers to the streaming industry are often intimidated by complex payout models and rewards for loyal audiences. The development of streaming solutions based on the blockchain allows creating a flexible payment system that will allow the consumers to pay only for the favorite shows they watch.

In addition to efficiency, another reason many people turn to decentralized media content delivery solutions is security. The task of an OTT service provider, also called a broadcaster, is to transcode media data with encryption.

Blockchain is the most suitable environment for such a task. A network of orchestrator nodes operating for a small fee, together with an IPFS swarm, simultaneously support the transparency of the entire distribution process and the secure storage of video content.

Encrypted video storage on the blockchain guarantees the content owner maximum safety and security of property.

Now everything is being tokenized: real estate, collection items, music, paintings, photos, videos, etc. The user of the decentralized platform has the opportunity to quickly and easily convert the video into an NFT token, a digital file with a unique identity.

The creation of such a digital version of the certificate of authenticity allows you to establish who created certain content, who owns it, and at the same time confirm its originality. Of course, this solves the age-old problem of verifying the ownership of a virtual object, as well as making it easier to sell and buy media products.

Smart-contract technology is another benefit that creators of content hosted on the blockchain platform have. It solves not only the copyright issue, but also simplifies business relationships between the media content providers and consumers.

On centralized services, there is no direct communication between the creators and the audience, since everything goes through a third party, including payments with huge percentages for intermediary services.

Smart contracts, in which all the “rules of the game” are written, automatically solve all issues of licensing, payments, contracts, and much more related to the video streaming industry. As a consequence, it prevents piracy and makes payment methods such as microtransactions easier.

Unlike YouTube and other video sharing services, decentralized streaming platforms are designed to be fair to all users. This means that the platform does not rely on hidden algorithms that decide which videos make it to the first page and which can be monetized. The platform’s blockchain-based infrastructure uses an algorithm that promotes all streamers equally.

To encourage the audience to be active on the platform, developers create reward mechanisms. Thus, by leaving a comment, writing a review, or rating a watched video, users can earn some crypto. In addition, it is mutually beneficial, as users will promote the video they liked or disliked.

At the same time, the privacy of the location of both streamers and viewers is protected due to the fact that their location is not accurate enough.

It is known that video platforms are terabytes of content that are continuously uploaded to the network and stored there. It requires sufficient network bandwidth and huge storage space. Therefore, a blockchain-based content delivery network is essential to storing such a large amount of video material.

It is designed to take advantage of the unused space of users scattered around the world. In addition, since they are essentially renting out their excess disk space to video makers, some provide a reward in the form of crypto coins for such cooperation.

Of course, in terms of popularity, decentralized streaming cannot yet seriously compete with such giants as Youtube or Netflix.

However, the benefits that blockchain-based streaming promises will not go unnoticed by end users and, who knows, maybe eventually there will be a total phase-out of using centralized solutions.