Starting from June 2021 storing all your content inside Google Photos will not be free of charge. Well, you still have 15 GB of free storage, but if you go beyond, you will need to buy a storage plan.

We won’t discuss the moral side of this step, since Google heavily uses photos to analyze your lifestyle and make money on an advertisement they show you. But let’s calculate, how much will it take for Google to keep all that infrastructure for storing your photos.

“Today, over 1 billion people, including you, back up a remarkable 28 billion photos to Google Photos each week”

Meaning, they have more than 1 billion users in total, and on average 28 photos are being uploaded by each user each week. Also, Google stores your videos, but let’s place that aside for a while and approximate later. Let’s find out about Photos.

Google Photos allows users to store photos in Original quality or High quality. The latter limit is 16 MP (Megapixels) for a photo, which is 4000 x 4000 resolution for a square photo, or 5333×3000 for landscape, etc. Honestly, it’s more than enough, unless you are a geek or work with photos professionally.

If you upload a photo in very high resolution from your latest smartphone, Google will rescale it to a smaller 16MP resolution. And the file size for 16 MP could vary depending on the photo content. I’ve downloaded all my Google Photos archive for all years (including videos), in total 164 GB, and wrote a small program to calculate the average Photo size, which appeared to be 0.63 MB.

But I suspect not all users shoot Photos in the highest resolutions as I do, modern cheap (<$100) smartphones have a 5 MP camera. For simplicity of calculations let’s take an average 0.5 MB file size.

So now we know that on average Google Photos receives per week 1 billion photos x 0.5 MB = 500 TB (TeraBytes) of data per week.

But wait a minute, a modern $200 HDD device can contain 10TB of data easily. So does that mean that Google needs only 50 of such devices to add to the cloud every week to handle the whole world’s photos? Well, technically they need to have more HDDs to store data safely, so I would multiply that amount by x3. But yes, that’s 150 additional HDD devices per week, or 150 HDD x $200 = $30K per week. 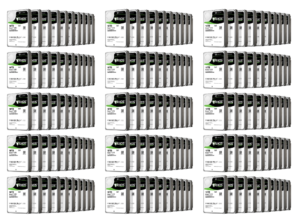 A month ago as well (November 2020) Google also announced that they have 4 trillion photos stored already. So 4 trillion x 0.5 MB = 2 Exabytes. Wait, “Exa” what? 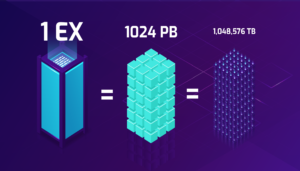 How many HDD’s for 2 Exabytes of Photos? As we calculated 500 TB needs 150 HDD’s, 1 PB (Petabyte) needs 300 HDD’s. And 2 EB (Exabytes) needs roughly 600.000 HDD’s 🙂 What are the servers supposed to be to keep all of that? Well, as of 2017, Seagate said they can store 10 PB in one 42U server rack cabinet. And that’s around 850 HDD’s in one server rack cabinet. Meaning, in the case with Google Photos, that’s 705 Server Racks cabinets. To imagine it better, on an image below you see 7 Server Racks cabinets in the first row. 100 such rows and you can operate Google Photos 🙂 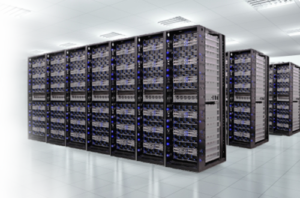 What is the price of this infrastructure storage? Well just to guess, I checked one of the server distributor configurators, and looks like one 42U server rack cabinet will cost $280K. Therefore, 705 Server rack cabinets will be $197.4 million dollars.

Well, it’s only hardware. There are definitely electricity costs which Google claims are twice less than average on the market, and they buy only renewable energy. According to this article, one HHD takes 8.6 Watts per hour. Meaning all “Google Photos” 600.000 HDD’s will consume 5.16 Megawatts per hour, but since they need CPU’s, Ram, Network cards, cooling, let’s multiply by x2, equals 10.23 Megawatts per hour. So if we take electricity price at around $0.05 per kW hour, we might get “Google Photos” expenses $516/hour or $4.5 mln per year.

Just to compare, we can take Google’s total electricity usage of 10.6 Terrawat hours per 2018. And find out their total usage per hour, which is going to be 1.21 Gigawatts per hour. Looks like “Google Photos” is taking only 1% of that.

Also, there is a “Google Photos” engineering team. The engineering team appears to be 70+ people, according to one of the lead managers’ LinkedIn info. Let’s imagine Google has cost around $250K/year for each engineer including salaries, taxes, other expenses. That’s $17.5 mln/year just for the team.

Another part is the internet traffic costs to move photos bank and forth. To upload new photos, also users sometimes need to see their existing photos. Since we calculated 500TB of Photos are being saved as new, maybe the same amount is being seen by users. Meaning, 1 PB of data moving per week. That’s not so expensive, I guess one Gigabyte costs $0.001 to transfer. And 1 PB of data transfer, then costs $1K per week. $4K per month. Not a big deal, we can omit that expense from our calculations.

Let me remind you that “Google Photos” stores also videos and the file size might be much bigger than photos. Also “Google Photos” needs to analyze each photo, video, to check all the faces and label all the objects. So I would multiply infrastructure costs by x2 or x3.

And here are the final calculations:

Is Google Photos a profitable service?